Which zoo is which? Are generic trade marks causing confusion among Sydney’s zoos?

A recent decision by the delegate of the registrar of trade marks highlights the potential for confusion when businesses choose generic brand names. Choosing generic brand names causes confusion for consumers and also makes it difficult for the businesses themselves to differentiate their services and offerings. In addition, applying to register a generic trade mark is more complex, more expensive and sometimes even impossible.

A Google search for “Sydney Zoo” highlights the possible confusion caused by choosing a generic and descriptive trade mark.  At least three zoos in Sydney all use the term Sydney Zoo meaning consumers are confused about which if any is THE “Sydney Zoo”, may purchase tickets for the incorrect zoo and means neither zoo can easily distinguish their services from each other.  This ultimately leads to frustrated, confused customers, loss of goodwill and reputation and brand names that cannot be legally enforced.  This can be seen in the discussion of a recent case below.

The decision of 2017 ATMO 155 involves a trade mark application by Sydney Zoo Pty Ltd (the Applicant) for a stylised SYDNEY ZOO logo for, among other things, services related to the provision of zoological parks.  Sydney Zoo is a new venture that recently opened in December 2019 in the Sydney western suburb of Bungarribee and, unsurprisingly, they operate a zoo.  The trade mark is shown below. 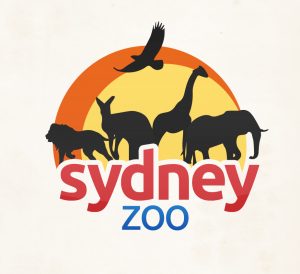 The trade mark application was accepted for registration by IP Australia, however, this was opposed by the Taronga Conservation Society Australia (the Opponent) on three grounds.  The Opponent also operates Taronga Zoo, located in the Sydney suburb of Mosman.  The grounds of opposition raised were under sections 60, 42(b) and 62A of the Trade Marks Act 1995.

Under Section 60 a trade mark application can be opposed on the basis that the trade mark is similar another that has acquired a reputation in Australia.  Section 60 is below.

The registration of a trade mark in respect of particular goods or services may be opposed on the ground that:

The required reputation must be one that is:

The reputation does not need to national and can be sufficient recognition in a single geographic area in Australia.  Recognition is typically based on sales and advertising figures rather than survey evidence.

The fact that confusion exists does not necessarily indicate a reputation existing in a trade mark. Confusion can arise from other sources, including the descriptive nature of particular words. In this case confusion was also shown between Taronga Zoo and Wildlife Sydney Zoo (operating in Darling Harbour).

Accordingly, the Opponent failed to show that it acquired a reputation for the purposes of s60(a)a and therefore failed to establish the ground of opposition under s60.

Under section 42, a trade mark can be opposed if it is scandalous or it’s use is contrary to law. Section 42 is below.

42 Trade mark scandalous or its use contrary to law

An application for the registration of a trade mark must be rejected if:

To try prove this, Taronga Zoo submitted that the use of the Opposed Mark by the Applicant would be contrary to law as it is likely to constitute misleading and/or deceptive conduct or conduct that is likely to mislead and/or deceive and convey a false and misleading representation contrary to sections 18 and 29(1) of the Australian Consumer Law, Schedule 2 of the Competition and Consumer Act 2010 (Cth), and amounts to the tort of passing off in light of the reputation in the Opponent’s SYDNEY ZOO Mark

The fact that consumers may associate a descriptive term with a prominent supplier of goods or services is not sufficient cause to find the term is contrary to the ACL.

Further, the requirement that the use would be contrary to law, not just could be, means that even if the Opponent established it had use Sydney Zoo as a trade mark, the descriptive nature of the term means it is unlikely to establish that it would be contrary to law.  The delegate stated “the risk of confusion … must be accepted as a price to be paid for the advantages of a descriptive trade name”.

Accordingly, the Delegate was not satisfied the use would be contrary to law and s42(b) was not made out.

Under s62A, a trade mark can be opposed on the grounds that the application was made in bad faith.

62A Application made in bad faith

The determination of bad faith requires consideration of “whether the knowledge of the applicant was such that his decision to apply for registration would be regarded as bad faith by persons adopting proper standards” (Fry Consulting Pty Ltd v Sports Warehouse Inc (No 2)).

The Explanatory Memorandum to the Trade Marks Amendment Bill 2006 provided some non – exhaustive examples of applications made in bad faith:

The Opponent submitted that they had a reputation for the services of the trade mark, the Applicant was or ought to have been aware of that reputation and therefore the application was made in bad faith.

Given the Opponent never used the term “Sydney Zoo” and that the Applicant is located in metropolitan Sydney, the delegate determined there is nothing improper in the Applicant using Sydney as a geographical descriptor for their zoo.  Accordingly, the Opponent failed to make out the ground under s62A.

As the Opponent failed to make out any of the grounds, the opposition was unsuccessful and the trade mark was registered.

While Sydney Zoo was able to register its logo, the fact that is has used a descriptive term means the protection it has obtained is likely quite narrow.  In addition, confusion will continue with 3 zoos in Sydney all using some form of SYDNEY ZOO as can be seen from the logos of these zoos below.

Choosing a legally enforceable trade mark can be difficult and confusing.  The trade mark attorneys at Baxter IP are highly skilled in assisting our clients navigate the difficult choices that they may face at the time of a rebrand of creating a new brand. If you need any assistance in this process please don’t hesitate to contact us.