In Australia, an opposition is known as the formal process of objecting to the registration of another mark. Once a trade mark application is accepted and advertised in the Official Journal of Trade Marks, any party can oppose the application under one or more grounds specified in the Trade Marks Act (1995) within 2 months of the advertisement date. The grounds for opposing a trade mark application that an opponent can rely on are explained below.

Another ground for opposing a trade mark application may be opposed on the ground that the trade mark is not capable of distinguishing the applicant’s goods/services from those of other traders. Considerations for determining if this ground is established will include whether other traders are likely to desire to use the same trade mark in connection with their own goods or some trade mark nearly resembling it without improper motive.

A trade mark application may be opposed if the trader mark application contains scandalous matter or if its use would be contrary to law. Whether a mark contains “scandalous matter” will be determined by reference to the meaning of the trade mark and whether it contains elements that are likely to be considered as shocking or offensive, for example that the mark contains elements that may be considered as:

“Use contrary to law refers” to the contravention of a specific legislative body, for example that the mark uses a geographical indication in relation to the provision of wine, meaning it could potentially contravene the Australian Grape and Wine Authority Act (2013).

A trade mark application may be opposed on the ground that the trade mark’s use in relation to certain goods and services is likely to cause confusion. The confusion may be with regards to:

A Trade Mark may be opposed on the ground that is substantially identical and/or deceptively similar to a previously registered/applied for trade mark and relates to similar or closely related goods and/or services.

Applicant not the Owner of the Mark (Section 58)

Ownership of a mark in Australia will be established through the use of the mark. Under this ground, an opponent may show that it used the mark before the date of Application of the Opposed mark and is therefore the owner of that mark.

Section 58A: In cases where the application was accepted under prior use, the Opponent may rely on this ground to show earlier use of the mark.

No Intention to Use the Trade Mark (Section 59)

This ground may be raised on the basis that the applicant did not at the filing date intend to use the mark as a badge of origin. For example, in ACI Operations Pty Ltd v Amcor LTD [2001] O 34 this ground was established as it was determined that the sign (see image at the left) was intended to simply indicate that a product could be recycled and this was not use as a badge of origin.

Prior Mark With Reputation in Australia (Section 60)

A trade mark may be opposed on this ground if the Opponent is the owner of a trade mark that has acquired a reputation in Australia to such an extent that the use of an identical of similar mark would likely result in deceiving or confusing consumers.

For example, the mark TRADIEBAY was successfully opposed based on Ebay Incorporated’s reputation in its EBAY trade mark.

This ground may be established if the mark contains misrepresentations in relation to the origin of the goods and/or services.

Under this ground, an opposition may be based on the mark being amended contrary to the Trade Marks Act or being accepted on the basis of a false representation of Evidence.

Finally, an accepted application may be opposed under this ground if, for example, a party has registered a mark in the knowledge that another party was already using that mark. Since this ground often deals with the consideration of the intention of the applicant at the time of filing, it can be complicated to prove.

Proper use of registered trade marks: learning from the case, The Sunraysia Natural Beverage Co Pty ...

The intention behind why a trade mark is filed is important in determining whether the application is valid. 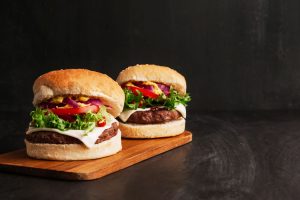 A discussion as to the secondary signification of words: Surfers Burgers Limited [2019] ATMO 27