Signs that cannot be protected as a trade mark

A trade mark application containing a frequently used text or image often signals a red flag. If the application contains a text or image that others may want to use to describe or represent their own goods or services, then the application is more likely to be rejected on these grounds. A registered trade mark aims to protect, but not to the detriment of others’ legitimate needs; it is only fair to keep frequently used texts or images for everyone to use.

Geographical names on a trade mark application can become a problem, specifically when the geographical name is known to be linked with a particular product or service. Examples of such names are Sunraysia for grapes and Queensland for mangoes.

Business names with the surnames of the business owner are not rare. It is also a recommended practice to apply for a trade mark to protect the business name. A common surname in Australia, however, can pose a problem for the trade mark application. This is because there will be many people who may want to use the surname as part of their business or as part of their product or service name. Examples of common Australian surnames are Taylor, Smith, or Miller.

As in the case of geographical names, the applicant may submit an evidence of use report to show that the surname has been used and is recognized as a trade mark to defend the use of a common surname in the applicant’s trade mark.

A trade mark application, on the other hand, may avoid commonly used text or image but still be rejected because it contains prohibited content. Of particular concerns are the following:

It is not unusual to see trade mark applications denied due to using commonly used words, phrases, or images. Banking and financial services have their own restricted terms when it comes to applying for trade marks.

Class 36 services and other numerous words associated with these industries are restricted:

Some examples of terms that are not allowed for use in trade marks, other than closely related expressions, are:

The term is not allowed for use, even if the term is part of another word or phrase. Examples of these may be BankBook or Friendly Society Lending Agency. Exceptions are given to the acronym ADI where ADI may be contained in words like Circadian, Dyadics, or Palladium.

The Australian Prudential Regulatory Authority (APRA) regulates the use of these restricted terms. The act also points to a few exceptions: the Reserve Bank does have the rights to use bank, banker and banking, whereas an authorised deposit-taking institution may use the term banking. Section 66A of The Banking Act 1959 sets constraints on individuals, not ADIs, using the expression authorised deposit-taking institution or ADI in connection to financial businesses. As a rule, APRA only allows authorised financial institutions to apply for trade marks using the restricted terms.

This act does not prohibit the use of ADI in common words, like traditional or steadily for example. Like stated in the Life Insurance Act 1995, the APRA may abolish consent for an organisation to use a term or phrase related to financial businesses and determines if a specific word or expression is considered restricted.

The Life Insurance Act 1995, section 16E, established the restriction on the use of the expression “friendly society.” A friendly society is a mutual association providing sickness benefits, life insurance and pensions. The phrase is restricted under several conditions:

The APRA is an Australian government establishment that regulates and supervises banking, insurance, superannuation, and financial services. The authority may revoke an association’s right to use the expression at any time, even after consent is given.

If you, as an applicant, is not part of the list of authorised financial institutions, you may contact APRA for permission to use the restricted terms. Once an approval is secured, you may include this documentation in your trade mark application.

AU TM# 1568304 is a good example of a trade mark that was not accepted for registration for containing restricted words, like bank and banking. The trade mark was filed on 11 July 2013 for the words “YOURS & MINE BANK BANKING WITH INTEGRITY” and was registered for class 36 services. AU TM# 1092343 was for the words “Your significant other bank” and was originally accepted for registration in May of 2006. The application was removed from the register for not being renewed. This is a good example of a trade mark for class 36 services that was accepted and also contains the word bank.

AU TM# 499895 is a registered trade mark for services under class 36. The mark is for the words “THE OVER 50’S FRIENDLY SOCIETY” and an image containing the same words on the cover of an open book. The mark is still on the register with a renewal date of 18 November 2019. By contrast, AU TM# 442226 for the phrase “STATEGUARD FRIENDLY SOCIETY” and a circular image containing the same phrase was never registered.

Article 6ter of the Paris convention was established to protect the emblems and armorial signs of its member states. The scope of protection outlined in Article 6ter includes:

Under Article 6ter, a member state must:

Under Section 42 of the Trade Marks Act 1995, a trade mark application must be rejected if (a) the elements of the trade mark includes scandalous material. However, what constitutes scandalous material is not elaborated in the act. The definition may be too broad or too subjective and thus is usually decided on a case-to-case basis.

In general, trade marks that are considered scandalous are those that include profanity, religious iconography and connotation, overt sexual content or innuendo and racial slurs, as well as those that incite violence and terrorism and promote criminal activity.

However, several previous rulings in the Australian courts (such as in the case of POMMIEBASHER, which the examiner deemed to be a colloquialism rather than an invective), seem to indicate that scandalous trade marks is different from trade marks that are in poor taste. 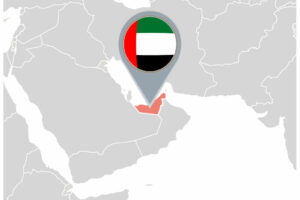