So, what ‘is’ the current status of patents for Software inventions in Australia? 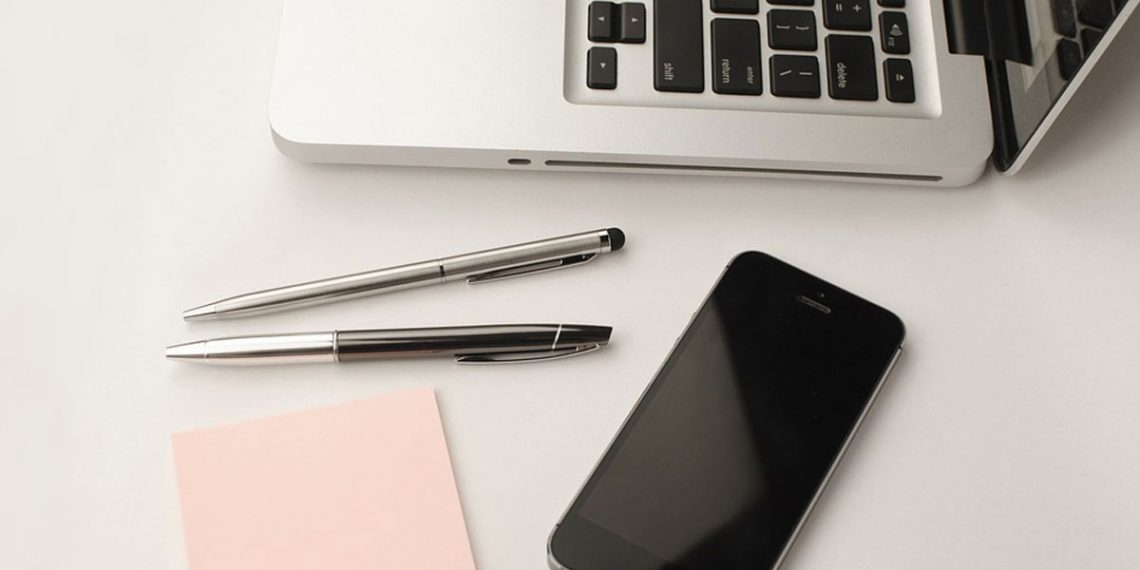 An ongoing debate has been played out in the media and court systems worldwide over the past 10 years or more, regarding the issue of patent protection for software applications. Many commentators have loudly decried, following the decision of a prominent court case (e.g. the Alice case in the United States) or an act of Parliament (e.g. recent New Zealand legislation excluding patents for software ‘as such’), that “software patents are dead”. However, after each such decision it quickly becomes clear that software patents are not, actually dead – just modified.  ‘Clear’, that is, in the sense that software patents seem to constantly live in an intermediate state, neither alive nor dead, much like Schrödinger’s cat. It is not until the box is opened on a specific case that the courts determine whether that particular cat is still alive or is, in fact, dead.

However, there are limitations. For example, the website of Australia’s Patent Office, IP Australia states that

Software inventions must be industrially applied. Software that is merely a procedure for solving a given type of mathematical problem is not patentable. Similarly mathematical algorithms and abstract intellectual concepts on their own, are not patentable.

Judicial decisions in the Australian courts regarding software related inventions

A brief look on the history of judicial decisions in the Australian courts regarding software related inventions illustrating the indeterminate status of software patents in Australia – and providing useful insights how to set your software or computer-related invention up for success.

Whilst this does not specifically relate to a software issue, the NRDC case is the guiding authority in Australia as to what constitutes ‘patentable subject matter’ – which is the crux of the issue in relation to software patents.  i.e. should patents be allowed for software or computer-related inventions as a matter of policy? In NRDC at [22] the High Court stated that:

The point is that a process, to fall within the limits of patentability which the context of the Statute of Monopolies has supplied, must be one that offers some advantage which is material, in the sense that the process belongs to a useful art as distinct from a fine art … – that its value to the country is in the field of economic endeavour.

The guiding principle derived from the NRDC case in CCOM is that, for an invention to be patentable, it must be

a mode or manner of achieving an end result which is an artificially created state of affairs of utility in the fields of economics endeavour.

The practical application of the NRDC test has been informed by a number of subsequent decisions. Importantly, in Grant, the Full Federal Court explained that an “artificially created state of affairs” can be identified by pointing to some “physical effect in the sense of a concrete effect or phenomenon or manifestation or transformation”.

Invention Pathways is a decision by the Delegate of the Australian Patent Office rejecting a patent application. The application related to a computer-implemented invention for ensuring that all commercialisation activities are completed in time. Its purpose was to maximise the opportunities for the invention within the time constraints placed by the lifecycle of a patent application and it used an electronically-fillable check list.

The Delegate concluded that the invention did not qualify as patentable subject matter stating that:

Following the Invention Pathways decision, the Australian Patent Manual of Practice and Procedure was updated to include guidelines along the lines that a “concrete, physical effect or phenomenon or manifestation or transformation referred to must be one that is significant both in that it is concrete but also that it is central to the purpose or operation of the claimed process or otherwise arises from the combination of steps of the method in a substantial way…. In other words, it is not enough for the technology to simply carry out the steps of the method.”

Consequently, the Invention Pathways approach was used to invalidate a string of patent applications directed to software- or computer-implemented inventions.

More recently, the Research Affiliates 1 case was the first in a string of cases decided by the Australian courts, which led us to the situation as it stands today. This case was an appeal from decisions of the Australian Patent Office to refuse the patent application on the basis that it did not claim patentable subject matter.

In outlining the legal principles governing what subject matter constitutes ‘patentable subject matter’ [legally speaking, a ‘manner of manufacture’], Emmet J summarised at [14] the decision in NRDC that, in order to be patentable, “the effect produced by a claimed invention must exhibit those two essential qualities of being an artificially created state of affairs that is of economic significance.”

Even though the result of the Research Affiliates process, an index for managing a portfolio of assets, was found to be likely to be of economic significance, this result was merely a computer file containing the index. Emmet J then concluded at [67] that such an index was “nothing more than a set of data” which is “simply information” and would be “no more [patentable subject matter] than a bank balance, whether represented as data in a bank’s computer, written on a piece of paper or kept in a person’s memory” and accordingly the appeal against the rejection of the application by the Australian Patent Office was dismissed.

The next case to be brought before the Australian courts regarding the patentability of software and computer-implemented inventions is that of RPL Central. This related to improvements in existing recognition of prior learning processes, by enabling the automatic generation of a user interface. Its purpose was to gather evidence from a prospective candidate relevant to credit or exemption towards any qualification or unit offered across a wide range of training organisations. The evidence facilitated the assessment of the competency of the candidate.

The court in this case clearly overturned what had become common practice among patent Examiners after the Invention Pathways decision, of rejecting most, if not all, software-related inventions.

In RPL Central, Middleton J summarised the invention in RPL Central at [139] as one that enabled the retrieval of relevant data from a remotely located server via the internet and the generation of questions for, and presentation of questions to, the user based on this data. The effect of the process was experienced by the individual user on a computer. The user’s responses were transferred to the assessment server. Importantly, “the involvement of the computer in the invention is described in these claims in such a manner that it is inextricably linked with the invention itself”. Importantly, it was found that the computer was “integral” to the invention, and thus constituted patentable subject matter.

Accordingly, the RPL central patent application was found to be patentable.

Research Affiliates appealed against the initial, single-judge decision of the Federal Court and the appeal was heard by the Full Federal Court comprising a three-judge bench.

Implementation of an invention on a computer has been said to provide an artificially created state of affairs. However, in the Research Affiliates 2 appeal to the Full Federal Court, it was found (at [101]) that:

The characterisation of patentability by reference only to the description in NRDC of a product which consists of an artificially created state of affairs of economic significance was part of the High Court’s reasoning but did not represent a sufficient or exhaustive statement of the circumstances in which a claimed invention is patentable.

The Full Federal court ultimately found that the invention of Research Affiliates did not have:

…any artificial or patentable effect other than the implementation of a scheme, which happens to use a computer to effect that implementation. There is no technical contribution to the invention or artificial effect of the invention by reason of the intervention of the inventors. To take the words of NRDC at 268, the process does not produce “either immediately or ultimately, a useful physical result in relation to a material or tangible entity” (my emphasis).

The appeal was denied and the application again rejected, effectively on the grounds that the invention claimed did not constitute patentable subject matter, stating that:

[t]he claimed method in this case clearly involves what may well be an inventive idea, but it is an abstract idea.  The specification makes it apparent that any inventive step arises in the creation of the index as information and as a scheme. There is no suggestion in the specification or the claims that any part of the inventive step lies in the computer implementation. Rather, it is apparent that the scheme is merely implemented in a computer and a standard computer at that. It is no part of the claimed method that there is an improvement in what might broadly be called ‘computer technology’.

There’s a clear take home message from this brief look at Australian take on the patentability of software and computer-implemented inventions. To be patentable, the software or computer must be inextricably linked and integral to the invention and not merely incidental.

The Australian Patent Manual of Practice and Procedure currently recites that:

..computer implementation of a scheme is described in extensive detail does not necessarily mean that the requisite effect is achieved if this is merely a recital of standard computer hardware or software.  Nor does the presence of elements of computer processing within the claims mean that the computer is integral to the invention for the purpose of determining whether a manner of manufacture is claimed.  This would be raising form over substance.

Rather, it is necessary to consider the substance of the invention claimed in light of the description including the role and effect of computer implementation.

Patentable computer related inventions may be claimed in different forms. For example:

Regardless of the form that the invention is claimed in, if the invention is truly a scheme implemented on a generic computer, using standard software and hardware, then the invention will not result in an artificially created state of affairs, and will lack a manner of manufacture.

To be patentable, the software or computer must be inextricably linked to the invention and must exhibit a useful physical result in relation to a material or tangible entity.

At Baxter IP, our attorneys have been drafting and successfully prosecuting patent applications for software and computer-implemented inventions for many years, and are well versed on the current requirements for meeting the patentable subject matter test. If you are developing any software or computer-implemented inventions and would like to seek patent protection for your ideas, then we can guide you in correctly setting up the claims of your patent application to satisfy the Patent Office requirements for these types of inventions.