The registered owner of a trade mark also has the right to obtain relief under the Trade Marks Act 1995 (Cth) if the trade mark has been infringed.

Once we become aware of instances of unauthorized use of a registered trade mark, it is usual practice to send a ‘letter of demand’ to the infringing party. The letter of demand can be prepared in a number of ways depending on the objective of the trade mark owner. This is a pre-condition to commencing litigation in the Federal Court.

In some cases where it is essential to prevent or stop alleged infringing use immediately, we can file an Interlocutory Injunction with the Federal Court. These type of actions generally require the applicant to show:

Most if not all litigation is commenced in the Federal Court or Federal Circuit Court, although it is possible to use the Supreme Court of a State. In part, the reason for this is that most trade mark litigation also involves complimentary actions brought under misleading and deceptive conduct provisions of the Competition and Consumer Act 2010 (Cth) (Schedule 2 Section 18), and the common law tort of ‘passing off’.

Powers of an authorised user of the trade mark

If a trade mark is not registered (unregistered Trade Mark at Common Law), an individual will have to rely on the passing off tort under common law, the elements of which are more difficult to establish, generally requiring:

Relief granted by the court

The relief that a court may grant in an action for infringement of a registered trade mark includes an injunction, which may be granted subject to any condition that the court thinks fit, and at the option of the plaintiff but subject to section 127 (where the defendant has applied to the court for an order directing the Registrar to remove the trade mark from the register for those goods/services), damages or an account of profits.

A court may include an additional amount in an assessment of damages for an infringement of a registered trade mark, if the court considers it appropriate to do so having regard to a number of factors including:

Do you need to monitor your trade marks? Trade mark watching and other watching services you should ...

The existence of brands in the marketplace which are similar to your trade mark may confuse or mislead consumers that the goods and services of the brands are of the same source. It also dilutes the exclusivity of your trade mark right. You can prevent such incidents from happening by monitoring your trade marks.

Zig Zag Hub, a coworking space in Wollongong NSW, wins against a trade mark opposition despite the number of grounds raised by the opponent. Find out how we did it and why it’s worth defending your trade mark application. 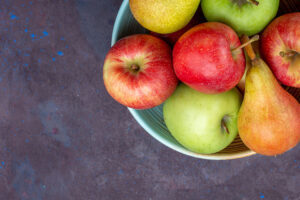 A curious case of apples versus pears

Famous well-known brands vigorously defend their brand from infringement. Famous brands are generally worth hundreds of millions or billions of dollars. However, has Apple Inc been overzealous in their efforts to stop a company with a ‘pear’ logo from operating? This case has not yet been resolved.