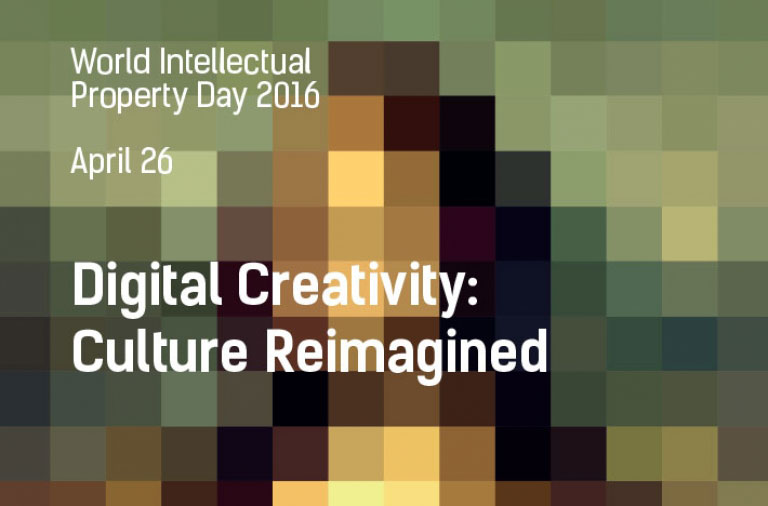 World IP Day is celebrated around the world, to promote discussion of the role of intellectual property in encouraging innovation and creativity.

The event was established by the World Intellectual Property Organization (WIPO) in 2000 to “raise awareness of how patents, copyright, trade marks and designs impact on daily life” and “to celebrate creativity, and the contribution made by creators and innovators to the development of societies across the globe”.

Both Conventions provided for the establishment of an ‘International Bureau’. The two bureaus were united in 1893 and were replaced by the World Intellectual Property Organization in 1970, by virtue of the WIPO Convention.

WIPO’s two main objectives are to

This Convention was ratified by about 50 countries in 1967-8, and now 188 countries have acceded as Contracting Parties to the Convention, including Australia since 1972.

Events are undertaken by IP organisations including the Patent Offices of different countries around the world, including at IP Australia (which includes the Australian Patent Office).

You can track the events in different countries here.

The Theme for 2016 is Digital Creativity: Culture Reimagined

The aim of this event is to look at the future of culture in the digital age: how we create it, how we access it and how we finance it. We will look into how a flexible intellectual property system helps to ensure that artists and creative industries are properly paid for their work, so they can keep creating.

Music in the digital age

Some artists hold very negative feeling to the internet and music. On the sad passing of the artist Prince, we note that he was reported by The Mirror newspaper to have said: “The Internet’s completely over… The Internet’s like MTV. At one time MTV was hip and suddenly it became outdated. Anyway, all these computers and digital gadgets are no good. They just fill your head with numbers and that can’t be good for you.”

The mood of World IP Day is more positive, aiming to embrace digital culture and to see how to make it work.

Another famous 1970’s musical artist, Paul Williams, is now President and Chairman of the board of the American Society of Composers, Authors and Publishers (ASCAP).  In his comments on YouTube, which you can see here, he aims to try to resolve some current and future digital issues, so that artists can embrace the new technology while continuing to be adequately recompensed.

There is strong hope, therefore, that the culture of music in the digital world can continue to progress, and strive to overcome problems.

Visual art in the digital age

The question often raised is whether the digital version of art is the same as the art itself. One viewpoint is that they are two separate creative artworks: the original, and the new digital form.   The experience of the artwork in person can be totally different to that of the digital or virtual artwork.

It’s worth noting that we have long used technology such as planetariums to help us experience and appreciate the art of nature – and that while the visual art world is beginning to embrace more virtual tours, the music world continues to focus more on live concerts.

One major difficulty faced by the visual art world is the ease and low cost of producing quality, high-resolution 2D copies. The emergence of 3D printing has probably increased the likelihood of affordable high-resolution 3D copies being created, making counterfeits more prevalent and more difficult to detect.

One aspect of digital creativity is the conversion of analogue artwork into digital, and the ever-developing options to reproduce, transform or present such analogue physicality into digital interpretation.

However, digital creativity is not limited to this, and by breaking the shackles of physical limitations, digital creativity might be considered limitless. This is amplified by the limitless creativity of artists, and the incredible range of media available (films, television, online content, music, books, art, video-games etc).

An important issue to explore is that the transmission of such media means the artwork may no longer be restricted by location, allowing consumption across the world wherever, whenever and however we want.

Clearly, the great wonder of digital creativity does have to be managed and experienced differently to physical creativity.

Copyright protection is the main form of protection for artistic work. The creator of an artwork holds the exclusive legal copyright to that work, unless copyright is explicitly assigned over to someone else.

People who buy an artwork often misunderstood what they own – they are only buying the physical object, and do not own copyright to the actual image, which remains with the original artist. This means that only the original artist can make reproductions of that artwork, whether in 3D or 2D.

A US patent for Smartflash, which was challenged by Samsung and Apple, is for an invention which is generally concerned with data storage and access systems. It relates to a portable data carrier for storing and paying for data, and to computer systems for providing access to stored data.

The invention also includes corresponding methods and computer programs. It is particularly useful for managing stored audio and video data, but may also be applied to storage and access of text and software, including games, as well as other types of data.

The aim of the invention was for owners of proprietary data, especially audio recordings, to address the prevalence of ‘data pirates’ who make proprietary data available over the internet without authorisation.

It can be seen from the recent reporting of the March 30, 2016 final decision of the U.S. Patent and Trademark Office (USPTO) Patent Trial and Appeal Board (PTAB) that you cannot cover everything by patents – in this case the abstract idea of “regulating authorized use of information” but that to successfully achieve a patent you must have a modified machine or otherwise claim an invention that has “computer technology in order to overcome a problem specifically arising in the realm of computer networks”.

It was decided in this case that the claimed invention was invalid, because it controlled access to content, which the PTAB found to be a fundamental economic practice long in existence in commerce, but did not include an inventive concept beyond the abstract idea.

The likely appeal in this matter will be greatly anticipated, particularly as the opposite decision was made in a related US district court litigation.

World Intellectual Property Day this year will be a time to explore some of the issues surrounding our cultural future, including creativity in the digital market, where the creators and consumers think we are heading, and how we can solve any problems while embracing the new digital future.

The challenge is for a flexible, adaptive intellectual property system which assists the artists and creative industries in our digital universe, so they can be properly paid for their work and afford to keep creating.