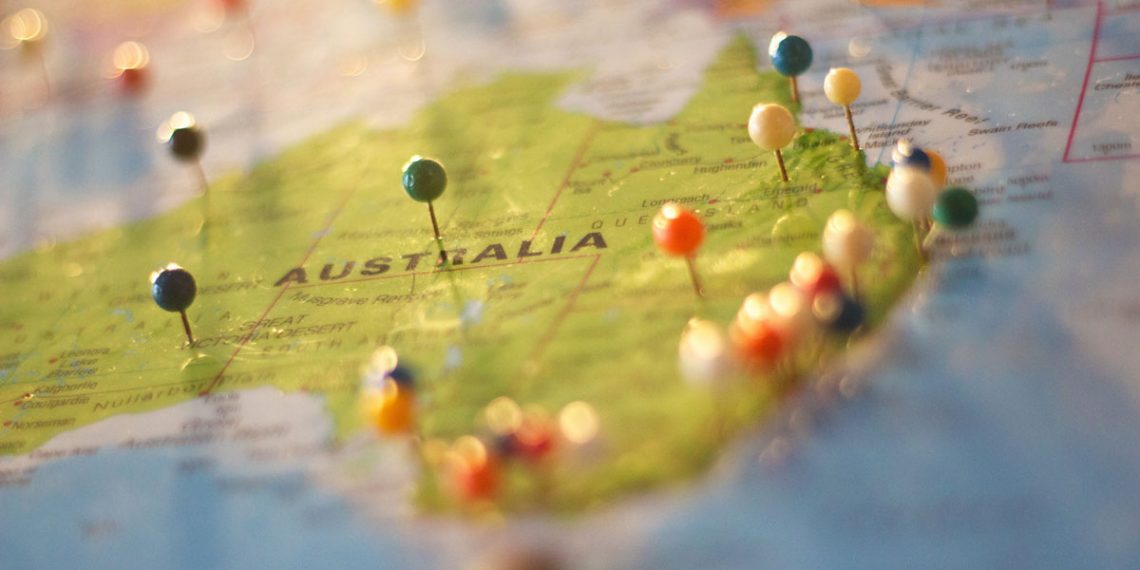 Dr Francis Gurry, the Australian Director-General of the World Intellectual Property Organization (WIPO), in a recent speech that he gave in Melbourne, Australia, said that “advanced economies invest more in intellectual capital than they do in physical capital”. As an example, he pointed to Saudi Arabia which is now investing heavily in knowledge to move to an economy that is “sustainable … [and] not subject to the volatilities of a commodities economy”. China, he said, which was once “the factory of the world … [is now becoming] the laboratory of the world”.1

In his recent speech, Dr Gurry noted that the spectrum of world economies includes enormous asymmetries in technological capacities. Technology, he articulated, is the great differentiator in history and currently. He highlighted that WIPO’s 189 member states include pre-industrial economies trying to move from subsistence agriculture to commercial agriculture and includes post-industrial economies where knowledge, technology and IP are at the heart of their economic strategy.

Like all other post-industrial economies, Australia spends a substantial amount of its GDP on R&D. As a percentage of GDP, Australia spends nearly the same amount as the US and Germany on R&D. R&D expenses in 2015 per GDP:

Even though Australia’s R&D expenditures are roughly equivalent to other post-industrial economies, Australia’s economy is saddled with a recurring annual IP deficit of $3.25 billion. As will be clear from the analysis below, unlike other post-industrial economies, Australians do not protect their R&D outcomes to retain the competitive advantage that is typically conferred by innovation in a “value-added economy”. That is, Australians do not capture their innovations as transferrable intangible assets, in particular, patents. IP Australia, in its 2014 report, discussed the recurring annual IP of $3.25 billion:

Australia’s place in the global value chain of ideas is one where the value of IP imports exceeds IP exports, and Australia runs a fairly consistent [annual] IP trade deficit. In 2013, Australian entities paid nearly $4 billion to foreign entities and received $748 million from foreign entities in charges for the use of intellectual property.3

Mark Summerfield in his “Patentology” blog referred to the 2013 IP Australia report:

Australia’s investment in ideas is well below that of leading developed countries. Perhaps the most shocking statistic in the report is that in Australia, the intangible stock of capital is equal to only 4% of tangible assets, whereas in the US it is 91%!4

As mentioned above, Dr Gurry is Australian. Not only is he the head of the WIPO, he is a pre-eminent scholar of the worldwide knowledge-based economy. Given Dr Gurry’s Australian nationality and his thesis statement that “advanced economies invest more in intellectual capital than they do in physical capital”, it appears that the speeches he gives in Australia are actually pep talks in which he subtly cajoles Australians to “get with the program” and invest in intangibles.

The consequence of Australia’s annual IP deficit of $3.25 billion is substantial. Notably, Australia’s total export surplus for 2016 was $3 billion which is smaller than Australia’s annual IP deficit.5 Also, Australia’s recurring annual IP deficit of $3.25 billion is larger than exports of various major industry sectors in Australia. In 2015, wine exports were $1.91 billion and wool exports were $2.21 billion.6 In 2016, Australian dairy exports were $3 billion per year.7 That is, the dairy industry contributes twice as much to the Australian economy via exports than does the transfer of knowledge into the “global value chain of ideas” of all of Australian scientists, engineers, technicians, major corporations, small and medium-sized enterprises (SMEs), universities, government and private research organisations, and entrepreneurs combined.

The patent statistics of Australia discussed below show that Australia’s position in the global value chain of ideas is precarious, at best. For example, in 2015, Australians filed 2291 patent applications at IP Australia (and 8902 overseas), and non-residents filed 26,314.8 The filings by non-residents at IP Australia accounted for 91% of filings.9 That is, the ratio of resident to non-resident filing is 1:10.

In a compiled list of the top 200 Australian patent assignees (grantees) over the last 20 years, there are only 18 Australian entities.10 Australian assignees holding less than 10% includes half that are Australian universities and government funded research entities. Notably, Aristocrat holds the 5th spot. Commonwealth Scientific and Industrial Research Organisation (CSIRO) is 12th, Cochlear is 16th and ResMed is 60th. In the land grab for IP in Australia, Australians have come up nearly empty handed.

Australia’s low ratio of resident to non-resident filings can be explained in one of two ways. First, Australians are not innovative, or second, Australians simply do not patent. Further evidence of Australia’s low patent activity can be seen in numerous contexts. Considering R&D expenditures and per capita statistics provide some insight.

As mentioned above, the R&D expenses in 2015 per GDP were:

By comparing the patenting rates of the US, Germany and Australia and their R&D expenditures, it is clear that Australia spends substantially more R&D dollars per patent than does either the US and Germany.

From these numbers, clearly, the amount spent on R&D per patent filed by Australia is substantially higher than the US and Germany.

Australia’s lack of patent activity can also be seen in the number of patent applications filed per capita:15

Whichever way one looks at it, R&D dollars spent or per capita filing, Australia substantially lags behind both the US and Germany in both of these measures.

The United States Patent and Trademark Office (USPTO) publishes a list of the top 1000 patent assignees (grantees) yearly. Four Australian entities are on the 2016 list, Aristocrat, Cochlear, ResMed and CSIRO.16 These Australian entities occupy the following slots in the list of companies who obtained the most US patent grants in 2016:17

Notably, while Australia has 7.23% of the population of the US, it occupies only 0.4% of the list. This data supports the conclusion as discussed above that Australia seriously lags behind top tier innovative countries in patent activity. It is telling that US companies occupy 50% of the positions on that list. Nine out of the top 20 are American companies (in bold).

In his recent speech, Dr Gurry noted that the world’s five biggest corporations by market capital are US tech corporations: Apple, Alphabet (Google), Microsoft, Amazon and Facebook. As can been seen by the list above, four of the five are in the top 20 US patent assignees list in 2016 and obtained thousands of patents each. Facebook came in at number 86 with 442 grants.

Other examples of patent activity involving technology transfer transactions are found online, however, companies do not routinely publicise these transactions. Conveniently, RPX Corp has a published list of many transactions.22 One well-known transaction was in 2011 when Google purchased Motorola for its 17,000 patents and 7500 applications for $12.5 billion and then sold the operating company to Lenovo for $2.5 billion, keeping the patent portfolio. Because Motorola had $3 billion cash on hand, the sale meant that Google paid $4 billion for the portfolio which is greater, on its own, than the size of Australia’s IP deficit. That also means that Google paid $163,000 for each patent and patent application, irrespective of its quality. Considering each one would have cost between $10,000–$30,000 to write, file, prosecute and maintain, the return on each patent was substantial.23

Dr Gurry in his recent speech described a Chinese company which grew up in its local market and has begun to build an export business. He said that:

[Shuame is] the largest manufacturer of smartphones in China. It’s got an extraordinary domestic market. Now they’re moving to export markets. But there are a number of accusations that they may, I underline “may”, have copied technology to develop the smartphone on the local market. They have just purchased 1500 patents from Microsoft.24

This purchase is the way in which Shuame can proceed to export markets as a patent portfolio provides defence as well as offense. Facebook utilises the same strategy.

Another facet to this same story is that Australian’s patenting rate has not changed in 20 years. In 1995 and 2015, the resident applications per million population for Australia were 99 and 96 respectively. There was an increase to 137 at its peak in 2006, but the rate has steadily declined since then to a very low 96.25

Dr Gurry, also pointed out that in 2015, 2.9 million patent applications were filed worldwide and that the growth rate was 8% for patent applications over the previous year. Spectacularly, the growth rate for trade mark applications was 15%. He contrasted that with the growth of the worldwide economy in 2016, which according to the International Monetary Fund (IMF) was 3% worldwide and 1.6% for the advanced economies. Clearly, worldwide accumulation of intangibles is rising at a much faster rate than that of worldwide economic growth. The fact that Australia’s low patenting rate is stagnant and is not growing like the rest of the post-industrial economies leaves Australia in a precarious position of being left out of the fast-growing knowledge marketplace. As it stands now, Australia cannot engage in the worldwide knowledge-based economy as a seller. It can only be a buyer, and so its deficit will persist.

One has to question whether the four Australian entities that are on the top 1000 US patent assignees list, Aristocrat, ResMed, Cochlear and CSIRO, attract more innovative Australians than the bulk of Australian companies. It can be argued instead, that these four Australian entities have fostered a patent culture which promotes a keen awareness of IP opportunities. That is, they have educated their staff to consider IP issues in their daily work.

Australia’s economy has historically been commodities based. There are efforts in the Australian Government, particularly by Innovation and Science Australia (ISA) to motivate innovation in Australia. However, unless patenting is promoted along with motivating innovation, Australia will not have a knowledge-based economy. Patents are the backbone of technology transfer agreements, which as mentioned above, Australian universities understand,27 but Australian businesses do not.

Ian Maxwell, an adjunct professor at Royal Melbourne Institute of Technology (RMIT) University, wrote in 2014 that Australia’s 20 largest corporations have just 3400 patents between them. At that time, 13 of them had less than 20 patents in total.28 Needless to say, all but three Australian companies, Aristocrat, Cochlear and ResMed, do not have strong patent cultures.

In his recent speech, Dr Gurry reminisced that in 2008, then Chinese Premier Wen Jiabao told Dr Gurry that “intellectual property will be the basis of competition in the future”.29 Foreign entities including Amazon understand this given that, as mentioned above, they file 91% of patent applications filed at IP Australia and own over 90% of Australian IP. It has been highly reported that Amazon is coming to Australia and that Australian retailers are quite concerned about Amazon’s arrival. It is noteworthy that Amazon’s retail competitors such as JB Hi-Fi, Harvey Norman, Wesfarmers and Woolworths hold no patent portfolios to speak of.30 Australians may learn a very hard lesson when Amazon finally starts up business in Australia. Not only will Amazon change retail in Australia through its use of technology, but the Australian business community will be shocked when it figures out that Amazon will also be in a position to shut down or at least severely impair Australian retailers and logistics operators with its large Australian patent portfolio which, of course, has been designed to protect its competitive advantage. Australians patenting could prevent this in the future.