Patentability & the patent process made easy 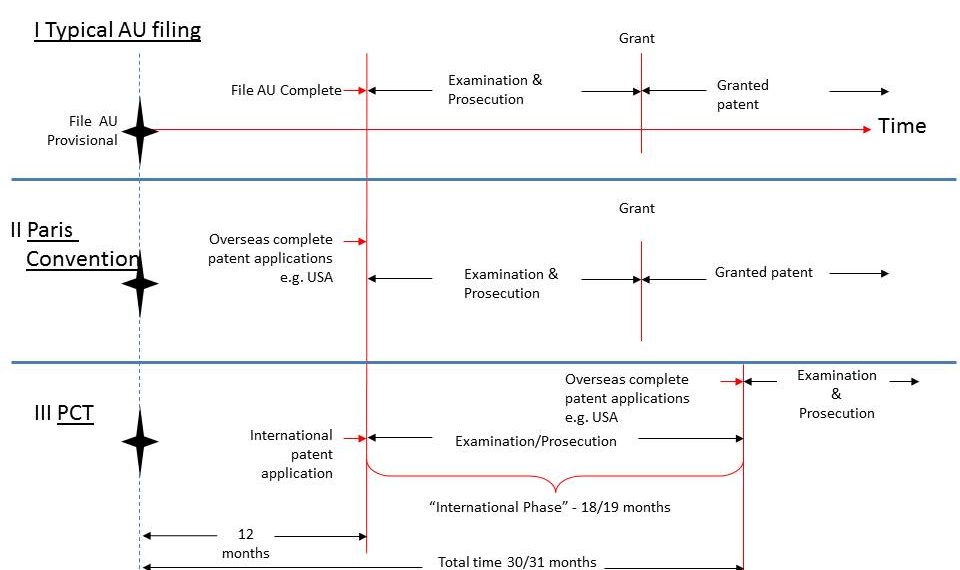 In this article, we explain the requirements for patentability, as well as the patent process in simple, easy to understand language.

In order to understand the requirements for patentability, it helps to understand the reasoning behind the patent system.   If at all possible, governments prefer not to grant patents, since they do reduce consumer choice and interfere with free trade.   However, when patents are granted, they are published as publicly available documents.  The idea behind the patent system is that researchers should be able to search the patent databases to get up-to-date on the latest technologies that are relevant to them.  In this way, research and development can start from the cutting edge, and proceed from there, and the countries resources are not wasted in reinventing the wheel.

With this understanding, it then makes sense why inventions are required to be both novel and inventive before they can be patented.  Novelty is an objective question, and asks whether the same invention has been disclosed anywhere else in the world (even by the inventor) before the filing date of the patent application.  Inventiveness is a more subjective question, and asks whether the differences between the new invention and what has already been made available to the public, would have been “obvious to a person skilled in the art”.

The process that is most commonly recommended for new inventions starts with the filing of a “provisional” patent application. This is because it is the quickest and cheapest way of obtaining a filing date for the invention. The filing date is the date at which novelty and inventiveness is assessed, so that any public disclosure of the invention after the filing date will not affect the validity of the future patents. So the applicant can disclose the idea to manufacturers or even start commercialising their invention, without losing their rights.

During this initial 12 month period, it is really important for applicants to find out where their main target markets are, and to establish which countries the most commercial interest is coming from. This will dictate which of the above two strategies to use.

Complete patent applications are filed through a multinational treaty called the Paris Convention.

The filing of complete patent applications is typically carried out when applicants are only interested in obtaining protection in a few (say 3 or less) countries, or if there is potential early infringement in a country. When a complete patent application is filed at the national patent office in a country, this typically starts an “examination” process. The application gets given to an examiner at the patent office. You can think of examiners as being there at governments gatekeepers. It is their job not to allow any patents to be granted for inventions that are not novel and inventive.  So they will typically carry out searching to establish what has already been made available to the public. They will then issue an examination report (also called office action).

The written opinion is very similar to an examination report described above. However, an international patent examiner does not have the right to refuse the patent application, and responding to the written opinion is entirely optional.  It may, however, be encouraging for an applicant to show potential licensees that they have a positive written opinion.

Before the end of the international phase, the applicant must file national phase patent applications directly into the countries that they want patent protection in.

Filing an international patent application is preferable where applicants need more time. This could be because:

There is also an advantage in having the patent application examined at least once before filing national phase patent applications.  The international examiner may find very relevant prior art, which only leaves the applicant with a very narrow scope of protection, if at all.

This will allow the applicant to make a more informed commercial decision as to whether they should be filing national phase patent applications in more or less countries. A narrow scope of protection (for example only protecting improvements to a product and not excluding all competitors from the wider market) can still be valuable in a large market, while a broad scope of protection (i.e. keeping everybody else out of a broad market segment) can be valuable in even a small market.

The deadlines referred to above are latest deadlines, and national phase or international patent applications can be filed at any stage before these deadlines.

An important takeaway message from this article is that once your provisional patent application is filed, applicants need to be aware of upcoming deadlines (at 12 and 30/31 months).   At Baxter IP, our patent attorneys prefer to ensure that our clients understand where they are on these timelines, and what aspects are important to focus on. We help to guide our clients legally and strategically in each stage.