Why are foreign jurisdictions considered when discussing trade mark? Trade mark rights are territorial, which means that protection is enforceable only in the country of registration. An Australian trade mark may be protected by law in Australia and cover several special regions, such as Christmas Island, Keeling Islands, Nauru and Norfolk Island. On the other hand, the same trade mark may be subjected to blatant counterfeiting in other countries, for example, a local party in first-to-file countries may hold operations hostage by registering a mark that was originally created in Australia, thus making operations in that jurisdiction by the original Australian owner an infringing behavior. Thus, trade mark registration in other jurisdictions is highly important for brand owners, especially when considering how widespread globalisation and eCommerce has rendered the physical distance of countries as irrelevant.

For these nations, only common laws protect brands, and no national trade mark registration system exists. Use of goods and service marks can be protected by common law rights of passing off through establishing genuine use, public awareness, and possibly posting cautionary notices in the papers.

Nations with some form of trade mark system

Trade marks in the US

Up until March 2019, applications for trade mark registration in Canada were only filed directly to the Canadian Trade Marks Office. Now, Canada is the 103rd nation to accede to the Madrid Agreement, and several notable changes have been implemented in the country’s trade mark system in the same year.

Similarly to Australia, Canada is a “first to use” jurisdiction. Even so, prior use is not a requirement for registering a trade mark in the country, with intent to use being sufficient for filing a trade mark application. Registrability of word marks rely on both the English and French versions of the mark.

After registration, the validity of a trade mark may be challenged at any time, but trade marks that have been registered for five years cannot be challenged on the basis of prior use unless the owner is proven to have adopted the mark knowing there was prior use of it. Trade marks that are not used within a period of three or more consecutive years may be removed from the Canadian trade marks register due to non-use.

Trade mark protection should not be neglected as counterfeiting and infringement is rampant in some countries in the region. Most South East Asian countries follow the “first-to-file” rule, so trade marks should be registered as soon as possible. Trade mark applications can be lodged directly to the countries or through the Madrid Protocol, as six member countries in the region are members (Singapore, Cambodia, Laos, Vietnam, Philippines and Thailand).

As opposed to those in Australia, a “first-to-use” jurisdiction, China’s intellectual property rules give priority to those who file their trade mark first. This provision does not bode well for foreign companies looking toward expanding or producing in China, with issues such as trade mark squatting being prevalent even with the increasingly stringent IP laws applied by the country in recent years. Additionally, brand owners need to consider not only filing for their marks in English, but also considering translation and transliteration of the mark in this jurisdiction.

Proactively filing a trade mark application in China from the outset of the business to encompass several classes of goods, consulting an expert trade mark attorney who is experienced in trade mark filing in China, and selecting trustworthy distributors and producers can be indispensable to maximising trade mark protection in the country.

Japan is one of the top three trading countries with Australia; thus, applying for trade mark protection in the country is important. Similar to China, Japan is a “first-to-file” jurisdiction, so the trade mark should be registered with the Japan Patent Office at the earliest possible time. Given that Japan is a jurisdiction with its own language and writing system, as with China, transliterations and translations of the trade mark to the Japanese language should be considered because these versions may infringe on currently registered trade marks in Japan or may have unsuitable or controversial meanings in the country.

Trade marks in the EU

This approach is more economical and less laborious than filing trade mark applications individually in all countries. However, given the single filing, a single objection from any of the member countries, as in the case of possible contradicting rules in different member nations, means that the trade mark application will be refused in all countries. It is for this reason that when seeking European protection, it is not always advisable to file a EU trade mark. Often, it makes more sense to file the application in separate, individual European country applications.

Trade marks in the UK

Like Australia, the UK is another common law trade mark country, that is, unregistered marks can be legally protected to a certain extent by the common law tort of passing off if the trade mark has acquired local distinctiveness through sufficient use (prior rights). Trade mark registration in the UK is filed with the UK Intellectual Property Office. 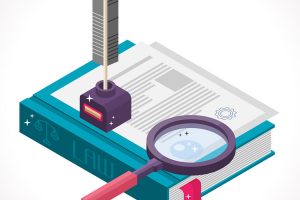 Proper use of registered trade marks: learning from the case, The Sunraysia Natural Beverage Co Pty ...

The intention behind why a trade mark is filed is important in determining whether the application is valid.