Channel 10’s SharkTank Hunt for the Next Aussie Inventor 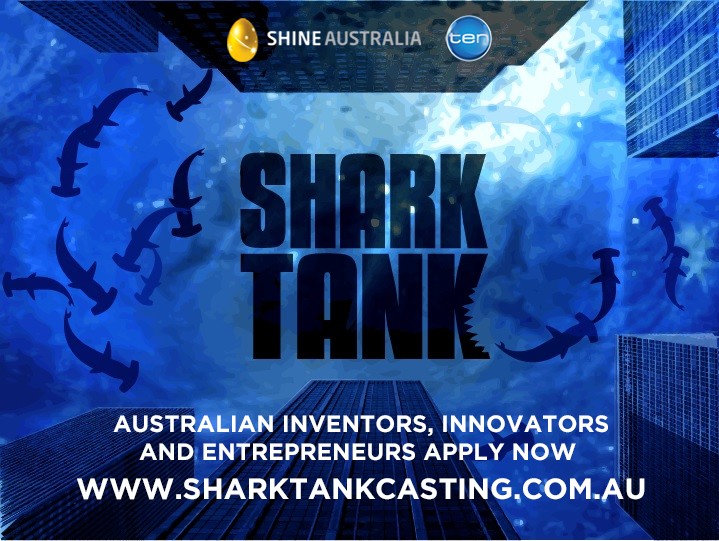 An unprecedented chance to score public interest, financial backing and exponential business growth: The first season of Australian TV reality series “Shark Tank” has piqued the interest of many during the first half of this year and has revealed clever Australian entrepreneurs with varying levels of business experience, showcasing their “million-dollar idea” to the whole country on national TV.

Shark Tank, which premiered early February this year, borrowed its format from a successful US TV show named “Dragons’ Den”, pitting aspiring Australian entrepreneurs against a line-up of business tycoons, referred to as “sharks”. The idea is simple, but rewarding if you have a solid IP, business model and/or product: pitch your idea to the investors as they gauge your potential and if successful, the contestant receives one or multiple deals from the sharks, including angel capital aimed at improving and building the business or simply mentoring the team.

The last series of Shark Tank featured many promising Australian entrepreneurs, innovators and inventors, pitching their ideas to the sharks and Baxter IP is no stranger to the first season of the Shark Tank, having had one of its own Intellectual Property clients on the show. Scott Boocock, serial entrepreneur and innovator, who presented his unique innovation known as Hegs pegs to the tycoons, walked away with Naomi Simson, founder of Red Balloon, as a business partner. The idea was simple yet unique: pegs with hooks.

Take your idea to the next level

The next season of Shark Tank will commence in 2016 and Baxter IP is calling all our existing clients, entrepreneurs or simply, the next revolutionary Australian inventor, to submit their application to the casting agency. The Shark Tank casting call ends on the 11 September 2015.